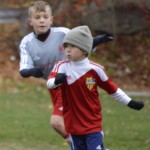 After receiving the disappointing news that the u11 and u12 matches were postponed to field closures, the u10 boys took the field against Liverpool FC in Webster, Massachusetts. While the long car ride out to the field was through pouring rain, the squad was greeted with clear but freezing temps. And even though the boys were determined to not let the elements effect their play, it appeared the cold got the better of the baby DTs as they had difficulty getting into the dribbling and passing … END_OF_DOCUMENT_TOKEN_TO_BE_REPLACED 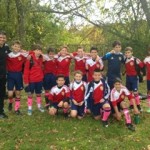 All three teams continue their victorious ways!  DreamTeam U12 Blue was drawn into a match with one of the top teams of the division, Weymouth United. Weymouth had been unbeaten since the first week of the season and brought a team hungry to continue their run. The DreamTeam was bringing a strong run of their own, having only given up 1 goal in 3 matches while scoring 13 of their own. With first place on the line, the match was physical at the start, several players coming off with nicks … END_OF_DOCUMENT_TOKEN_TO_BE_REPLACED 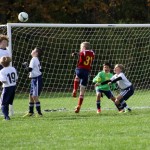 The club continues to run up a string of impressive results. A beautiful fall day greeted DreamTeam FCA on Sunday and the squads’ performances were up to the occasion. The Under 12 Blue team kicked off with the early start and continued to show the improvement of their training regime. Playing a very physical Tidal Wave, the DT players gave very little room for their adversaries to play through. Rarely challenged, DreamTeam commanded the run of play with positive possession and providing … END_OF_DOCUMENT_TOKEN_TO_BE_REPLACED