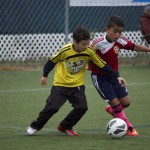 Several teams of DreamTeam FCA invaded Epping, New Hampshire this past weekend to participate in Seacoast United’s 8th annual Columbus Day Weekend Tournament. After battling gamely throughout the weekend, two DreamTeam squads were crowned champions in their groups. The DT 10s started off the tournament cruising to a 4-1 victory over FC Spartans. A late first half goal by Kaik Reis opened the scoring for the baby DTs. In the second half, goals by Kaik, Bryann “Neymar” Almeida, and a penalty kick … END_OF_DOCUMENT_TOKEN_TO_BE_REPLACED 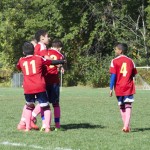 DreamTeam’s entries into Maple continue to impress by sweeping all points available in the 3 matches played. The day saw all of the DreamTeam players wearing Pink socks instead of their home Reds, to commemorate Breast Cancer Awareness Month. Sunday kicked off at 9AM as DT U12’s faced a very formidable Forza United team. Forza was intent on taking the DreamTeam out of their passing rhythm by putting intense pressure on the ball. DreamTeam finally broke through when a Richard Nunes’ pass … END_OF_DOCUMENT_TOKEN_TO_BE_REPLACED 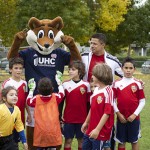 The DreamTeam’s U9 squad was invited to participate in the city of Malden’s annual celebration, “Soctoberfest”. Other invited guests were members of the Boston Breakers, the New England Revolution’s Slyde the Fox as well as several artists, face painters and area vendors. The DreamTeam was featured against a Malden Cosmos squad who provided very stiff competition. Giving opportunity to bring some new players to the DreamTeam from our Everett program, the goals of Brian Bueno and both Jordi … END_OF_DOCUMENT_TOKEN_TO_BE_REPLACED 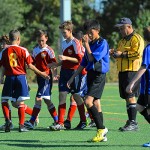 DreamTeam’s entries into the fall league were greeted with absolutely perfect weather conditions and finished the day with a perfect 3 wins, gaining all 9 points in the process. The 10s and 12s kicked off their matches at the start of the day; the youngsters at Sherborn and our “veterans” at Marlboro ForeKicks. It was not long before both were racking up goals. Bryann “Neymar” Almeida opened the scoring for the 10s with an individual bit of brilliance, taking on several of the America SC … END_OF_DOCUMENT_TOKEN_TO_BE_REPLACED 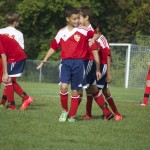 DreamTeam FCA’s unbeaten streak continued as the U10 and U11 squads picked up all three points along with a spirited U12 match ending in 3’s. The home date began with the U11 squad controlling play against John Smith’s U12 Soccer Club. After several opportunities went unrewarded, Michael Alpers pounced on a loose ball, sending a strike that the goalkeeper could not handle. An opportunistic Jaime Garcia jumped on the rebound, providing the DT11s the early goal. A solid midfield performance … END_OF_DOCUMENT_TOKEN_TO_BE_REPLACED