After a perfect run in the group stage, the baby DT U10s came up against a reinforced Inspire Futsal squad in the final. Getting two early goals from Jordi Tornberg Ayala from provider Bryann “Neymar” Almeida, Inspire came back with 2 goals of their own to level the contest. The second half began with the opposition getting a goal right from the re-start, but it was the U10s that showed their determination and quality as they scored 4 unanswered goals to take the contest 6-3. The defensive work of Bryan Bueno and Ryan Viana neutralized the Inspire attack. DT Goalkeeper Kaik Reis controlled his area while starting several attacks with his goal clearances. The leadership of “Neymar” Almeida and Adrian Yemen consistently challenged their opponents. Cauan De Andrade, Victor Schimmelpfenning,, Daniel Bueno, David Russell, Jordi and Paolo Tornberg Ayala troubled the Inspire defenders with skillful movement, ball superiority and timely goals. 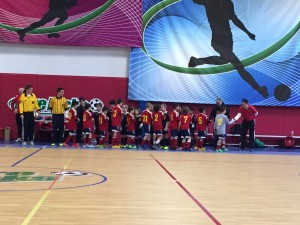 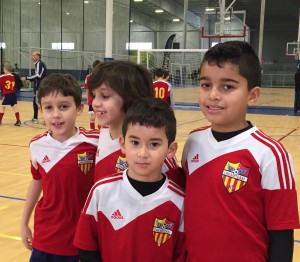 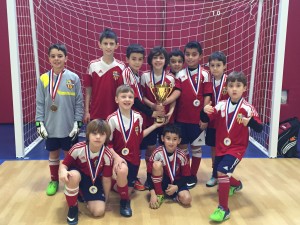 The U12 State Cup Final was up next. DreamTeam’s entry into the tournament consisted of 7 players from the U11s and 3 talents from the DT U12 team. The battle between Real Boston Rams and DreamTeam waged for 40 minutes with neither squad giving space to the other. Outstanding goalkeeping from the Ram keeper kept the score close. Felipe De Andrade scored twice spotting the squad to a lead of 2-1 late into the match. But it was the final goal from Luan Da Silva that finally secured the title for DreamTeam FCA. Throughout the tournament, the passing combinations from (pivots) Brandonn Bueno and Oliver Sharpe, (alas) Igor Da Silva, Lucas Da Silva, Felipe De Andrade, Joel Russell, along with the defending of (fixos) Luan Da Silva, Michael Alpers, Max Stakun-Pickering and the flawless goalkeeping of Bruno Kajiwara inspired the crowd over the weekend. With the DreamTeam lifting the cup, it was a fitting end to the level of mastery and skill they exemplified. 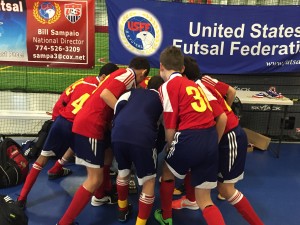 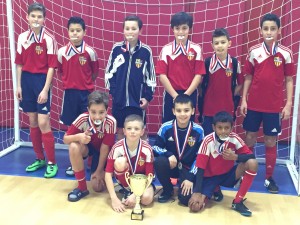 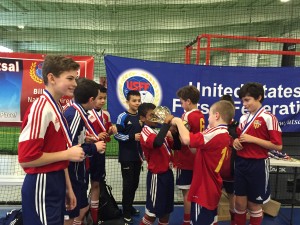