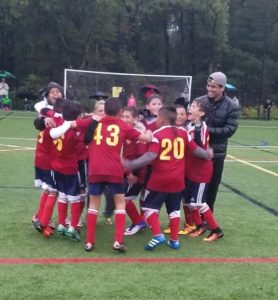 Tropical storm Mathew could not put a damper on DreamTeam FCA as all three entries showed tremendous form throughout the rainy weekend tournament of FC Boston.

The U9s completed a sweep of all three matches, having scored 20 goals in their matches. Without giving up a goal, the squad beat FC Boston Revere 1-0 in their final match of the weekend.

Not to be outdone, the U11 team finished the second day of competition by besting FC Boston Elite 2-1 in the semi finals only to face a stubborn Western MA Pioneers squad in the finals in a torrential storm. An early goal by DreamTeam FCA stood up as the 11s claimed the first place trophy. 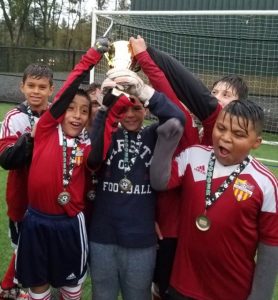 Our Under 14 team had several late absences on day one and suffered two 0-3 defeats playing both matches with only 8 players v 11.

Day two had the team with the full squad as they won both their matches against two U15 FC Boston regional teams 3-2 and 3-1 to secure the second spot for the weekend. 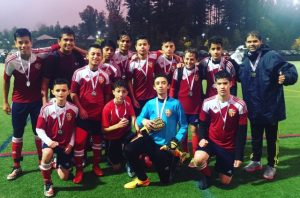 DreamTeam FCA is extremely proud of the effort our players put out during the tournament weekend and thank our coaches for their training and guidance. We also thank our parents for their support in bringing their children to play in these challenging weather conditions. 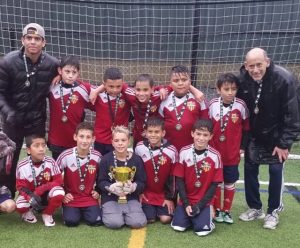