Several DreamTeam FCA squads took to the indoor league over the past two weekends returning home with 7 victories in the 9 matches played.

The DT 10s, unbeaten and untied in their recent fall campaign, clobbered an overmatched Best FC 12-0. It took 10 minutes for the baby DTs to get on the board, but once they put in their first, the floodgates opened. Ryan Viana opened his Futsal season with his first on an impressive strike to get the DreamTeam on the board. Within 2 minutes, Kaik Reis and Daniel Bueno hit the back of the net and it was 3-0. Cauane Andrade made it 4. Fixo Bryan Bueno added his name to the tally followed by Daniel Bueno’s second. Jordi Tornberg Ayala finished a nifty pass from Adrian Yemen. Brian Pimental, who was perfect in goal in the first half put in his first of the day. Daniel again struck for his third and his second hat trick in 2 weeks. Bryan Bueno sent a perfect through ball to Jordi who touched once and blasted his shot past a bewildered Best FC keeper. A minute later, Jordi scored his third, also giving him 6 goals in the 2 weeks of league play. Not to be outdone, Ryan Viana closed the day by heading in Bryan Bueno’s corner. The baby DTs remain perfect, outscoring their opposition 29-1 in the first two weeks. 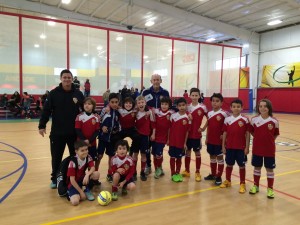 The Under 11 team dominated a Best FC U12 team early peppering the goalkeeper with shots, but it was 6 minutes into the match when Fixo Luan Da Silva took a pass from Pivot Brandonn Bueno and beat the keeper with a right-footed shot into the corner of the net. Brandonn, who scored 5 goals the week prior in helping the DT12s beat the U12 Celtic Bolts, continued his torrid streak by faking a pass to Michael Alpers and toe poking a shot into the net. Luan hit his second by running from his Fixo position, finding space and beating the entire Best FC U12 team. After Best FC got on the board, Bryan “Neymar” Almeida showed why he was called up to the 11s. Breaking in on goal with a great move on the sideline, Neymar scored from his own rebounded shot making it 4 goals to none. After winning the ball in a mid court challenge, Luan passed wide to Felipe Andrade who’s skill was on display as he rolled the ball by the outguessed keeper and neatly finished into the net. Brandonn scored his second off a Felipe pass opening the game up even more. Felipe showed more of his skill with a shin chip over the sprawling keeper after taking another Luan Da Silva pass. Brandonn blasted his third shortly before Joel Russell finished a turnover after going 1 v 1 with the keeper. Final score, 9-1 DreamTeam.

DreamTeam’s U12 boys stepped up to play in the later afternoon, and for the second week in a row left with a “W”. After beating a very good Bolts team the week prior the 12s faced a spirited Milton White. It did not take long for DT to show their quality. Franco Silveiro scored after 5 minutes to open his 2014 account. Tristan Woods, playing his first official Futsal match took advantage of a miscue in the mid court and broke in on goal to finish the second of the match. Brandonn Bueno received a perfect pass from GK Vitor Barros and broke in on goal. He slipped the ball to the far post finding a well placed Ian Louback who slotted home his first of the campaign. Brandonn hit again on a free kick from just inside the mid court circle for the team’s third. After receiving the ball on the run, Anderson Cardona struck a “golazo”, as his screaming shot was perfectly placed by the Milton keeper. Franco scored the next 2, first by picking the pocket of a Milton player and strolling in on goal. He then received a beautiful pass from Cardona to hit his third, and the rout was on. Milton got 2 back as the DreamTeam squad including the keeper was hungry for more, but the boys kept control as Fixo Max Stuken-Pickering passed to Michael Justiniano who scored in his 2014 Futsal debut. After Tristan Woods blasted home his second, Milton got their third. It was Lucas DaSilva who answered swiftly with a hard shot that the keeper could not cover. A desperate Milton squad got another goal only to see Itallo Campos send a perfect pass to Lucas who hit his second. After all the fireworks, it was DreamTeam 10, Milton 5.

A noble effort by DreamTeam’s U16 boys fell slightly short for the 2nd time in 3 matches. Playing against a talented U17 Celtic Bolts team, the squad fell behind 3-0 within the first 15 minutes as the Bolt’s found space with good rotation and the DT 16s failing to pick up runs from the Bolt’s Alas. The squad settled in however and quickly gained control of the match as Fixos Paulinho and Milos controlled the defensive areas and sent decisive balls to the DreamTeam’s attackers. The Bolt’s keeper was exceptional, turning away a number of the 16s shots that were labeled for goal. Winning a free kick, Milos got the first one back for the club by pounding his shot by the keeper. Pushing Paulinho Da Silva up and Gustavo Cassemiro back into the Ala positions and Bruno Camargo to Pivot started to rattle the Bolts system of play and the DT16s struck for 2 more goals to equalize the contest. Gustavo picked a corner to bring the club within one and Milos struck for his second as his foray into the attacking area was well rewarded. 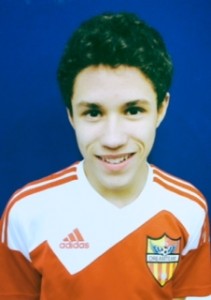 The intensity of the match never waned and the spectator section grew as word went around the facility about the quality of this match. The DreamTeam went up by a goal as Rafael Coelho got a touch on a ball in front of the Bolt’s goal and the squad had it’s first lead of the day. Damain Winchester, who was substituting in goal, turned away a number of shots throughout the evening. But the Bolt’s pressure turned too much for the team as they got 2 goals with the clock was winding down. The referee disallowed an apparent equalizer by Matheus Chaves and the final result of 6-5 stood. After splitting matches with NEFC the previous week, the DreamTeam 16s record stands at 1-2 for the season.