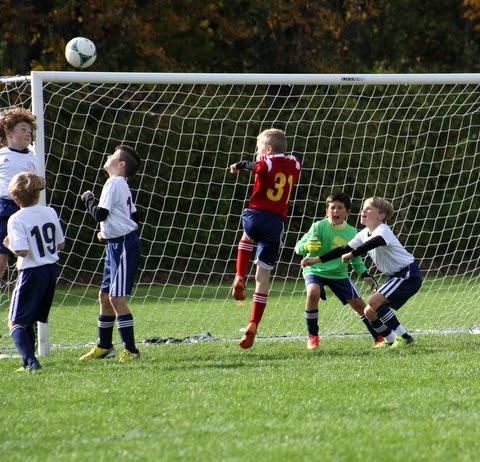 The club continues to run up a string of impressive results.

A beautiful fall day greeted DreamTeam FCA on Sunday and the squads’ performances were up to the occasion.

The Under 12 Blue team kicked off with the early start and continued to show the improvement of their training regime. Playing a very physical Tidal Wave, the DT players gave very little room for their adversaries to play through. Rarely challenged, DreamTeam commanded the run of play with positive possession and providing little space for the Wave to create. It was a Richard Nunes’ finish from a feed of Lucas Da Silva that opened DreamTeam’s account. Richard collected the pass and rounded the defenders to slip the ball safely into the back of the net. The match continued to be a hard fought close encounter until Richard again struck for his second. Picking up the ball and racing in on goal, Nunes faked a shot and smartly rolled the ball around the outstretched keeper and tucked the ball into the net for the final 2-0 result and sole possession of first place in the blue division for the senior team.

The baby DT’s took the field against a strong North Shore United team and found the going challenging during the first 10 minutes of play. Both teams strung good combinations together looking to open the scoring. “Neymar” Almeida finally broke free to send a pass to Cauan Andrade who slipped the pass to Jordi Tornberg Ayala. Jordi’s strike found the back of the net and a 1-0 DT lead. Neymar was involved in the next goal as his corner kick found the head of newcomer David Russell, burying the ball for his first of 3 goals. It was North Shore who answered just before the half with a breakaway goal that cut the lead in half. 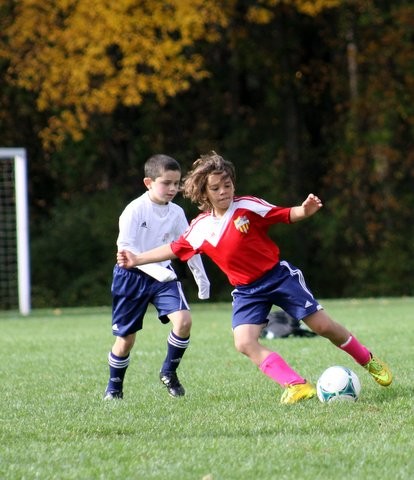 The second half began with the DreamTeam attacking. Neymar and David connected again, as David Russell volleyed Almeida’s rocket off the crossbar expertly for his second of the contest. But North Shore would not lie down and found space in the DreamTeam’s defense to again cut the lead to a single goal. Another perfectly weighted through ball from Cauan Andrade found Neymar streaking through the defense, only to be taken down by the defender. An alert referee allowed the play to continue as Kaik Reis picked up the ball in stride and raced in on goal, neatly placing the ball into the corner. A subsequent corner kick by Russell found the feet of defender Gabriel Laudares who collected his first goal of the season. Brian Bueno dribbled through the middle third and sent his pass to brother Daniel who one-timed his pass to David Russell who then cut left and drove in his third goal of his debut match. The match ended DreamTeam 6 North Shore United 2. The final celebration though was saved for Midfield/Defender Brian Pimenta, who shared his ninth birthday with the team!

Mill City FC was next up to meet with DreamTeam’s Under 11 squad. With the 11’s squandering a few early chances as well as hitting the post twice, it was the visitors who struck first as their forward sent a blast into the back of Bruno Kajiwara’s net. But this was to be short lived as quick answers by Felipe Andrade and Neymar Almeida gave the home side the lead at 2-1. Racing in on goal, newcomer Joel Russell was taken down in the box. He comfortably stepped up to the spot, waited for the keeper to move and placed his PK for the 3-1 lead. The team was only beginning as Brandonn Bueno picked up a loose ball inside the area, took a touch to his left and expertly finished around the Mill City keeper. The DreamTeam defense was strong in support throughout the day and two of the defenders were involved with the next two goals. Luan Da Silva split the defense with a perfect pass to a streaking Joel Russell who finished by the helpless Mill City keeper for his second goal in his first DreamTeam outing. The physical play of City continued as a brutal challenge on Igor Da Silva sent the center back to the spot. His PK chip was outside the keeper’s reach for his first of the day. Felipe finished the onslaught with a goal from inside the 18, DreamTeam 7 Mill City 1.