Having gone the 2015 fall season undefeated and bringing a perfect record to their final regular season spring match against Dearborn, the Edwards boys suffered their only defeat by falling 4-3 in a closely contested match. The Edwards boys turned their sights to the year end America Scores tournament to face Dearborn again but needed to get to the finals to do so. After winning their group play by defeating BTU, Umana, GPA, Frederick Middle Schools, the squad got their wish and faced Dearborn in the finals. Two strikes by Quevin was all the team needed to pull off the win and their trophy!

The Edwards boys soccer program is an initiative started 2 years ago by DreamTeam FCA to supply inner-city Boston schools with coaching along with a strong soccer curriculum. Over the spring season, the team was led by coach Thomas Paschoarelli who is also a first team assistant for professional side Boston City FC. Tom, who was recently accepted to the Master Of High Performance Soccer at the MBP School Of Coaches in Barcelona, Spain stated he was not only excited by the victory, but also thrilled by the quick possession style the boy’s played and the positive behavior they displayed throughout the entire season. Congratulations Edwards! 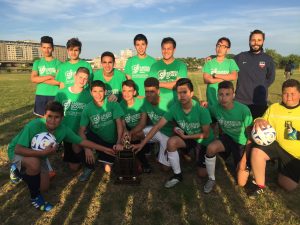 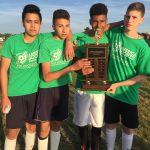 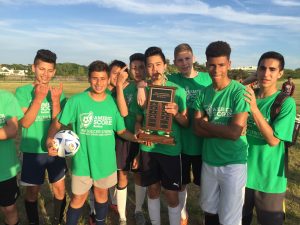 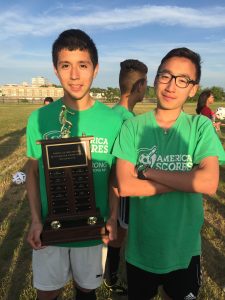 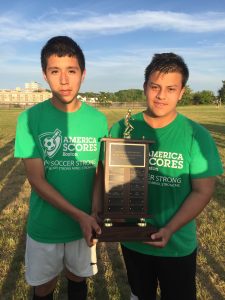 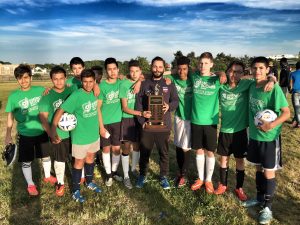