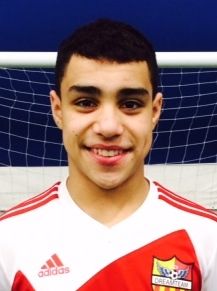 Blessed with tremendous technical ability, stamina, strength and leadership qualities, it is no surprise that Gustavo would catch the eye of the New England Revolution.

After DreamTeam FCA presented Gustavo in a trial, the U14 academy coaches called him in several times for advanced training and evaluation. Each visit resulted in coaches raving about his ability and potential.

Finally, the call came from the Revolution’s U14 Director, Gary Hall, requesting permission to move Gustavo from the DreamTeam’s roster and join the New England Revolution’s U14 squad. As is consistent with our mission of opening opportunities for our players wherever possible, we gladly gave the Revs the thumbs up to talk with Gustavo and his parents.

A pure goal scorer and dribbler in the art of Garrincha, Gustavo entertains anyone fortunate enough to watch him play…and at 14 years old, we know this is just the beginning…there is so much more to come!

We could not be happier for Gustavo Cassemiro, his family, the Revolution (who will enjoy having Gustavo on the front line terrorizing opposing defenders with his deft skills) and Gustavo’s DreamTeam coaches and teammates, who consistently pushed him in training sessions and matches.