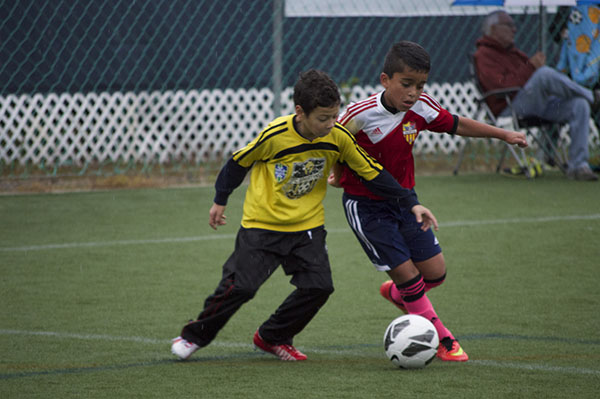 The DT 10s started off the tournament cruising to a 4-1 victory over FC Spartans. A late first half goal by Kaik Reis opened the scoring for the baby DTs. In the second half, goals by Kaik, Bryann “Neymar” Almeida, and a penalty kick by Jordi Tornberg Ayala sealed the Spartans fate. However, in the second match, a talented FC Stars team humbled the youngsters, 8-0. After scoring within the first minute of the match, the Stars were never challenged by the 10s, and ran out the match comfortably. In the third match, the squad pulled themselves together enough to gallantly battle a Seacoast United premier team, only to fall again 5-0 and see the rest of the weekend on holiday.

A different fate followed the DreamTeam’s U12 boys. They opened their tournament by falling to Seacoast United’s Premier 12s, by a score of 5-4. This seesaw match had several lead changes, and found the DreamTeam pushing forward in the match’s final minutes looking for the equalizer. But the referee’s whistle blew and it looked bleak for their advancing in this tournament. But in the evening match, DreamTeam turned the tables on Seacoast United’s Manchester entry, by securing a convincing 3-2 victory. Ian Louback’s first goal along with two strikes from Richard Nunes was enough for the team to advance into the playoffs. This set the stage for Sunday’s entertaining semi-final match, where the 12s found their playing stride and annihilated the Seacoast United 02/03 pre-academy team by a 9-2 score. The organized defense with tracking midfielders smothered Seacoast’s advances. And on the few occasions that Seacoast broke through the back line, GK Vitor Barros cleared the balls out of danger with some acrobatic saves. It was the final match that created the opportunity for DreamTeam to get some revenge as their opponent was the group A winner, Seacoast United’s Premier 12s. And it was in that match that DreamTeam’s class was on display, as they won out 9-3 and secured first place in their group. Richard Nunes led all scorers with 15 total goals over the two days, impressing everyone in attendance of his unique ability to find the net. 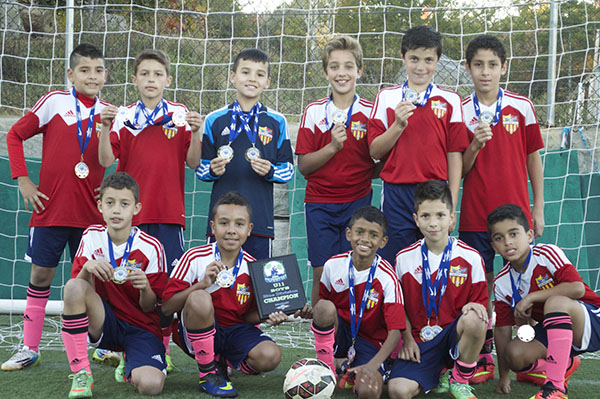 The tournament started with a match against a familiar foe, the Aztecs. The match was touch and go from the beginning with two very evenly matched teams. Brandonn Bueno came closest to opening the scoring, but his free kick effort skimmed off the crossbar and floated harmlessly out of play. The Aztecs came close with two strikes of their own, but both also hit the post and the score remained at zeros. The 11s finally broke through late in the first half as Felipe Andrade danced through the back line of the Aztecs. But an ill-advised challenge and subsequent takedown of Felipe by an Aztec defender saw Brandonn Bueno step up to the spot and bury his penalty kick effort. Some of the best passing combination of the weekend rewarded the DreamTeam with two additional goals and the match ended DreamTeam 3 Aztecs 0. The late match brought a completely unfamiliar opponent South Central Premier of Connecticut, whose strong goalkeeping and aggressive style of play was enough to frustrate the DT 11s and take a 1-0 victory. The squad waited for the result of the Aztec/SCP match, and when the result of 2-2 was announced, the 11s qualified for a semi-final match against Seacoast United Storm.

DreamTeam was able to control most of Seacoast United’s advances while creating several chances at the other end. The final of 2-0 to DT11s was a fair result for the contest. And it was again an opportunity for revenge for the DreamTeam as South Central Premier advanced as well. But this time, the squad was much more composed. The back line of Kevin Nunes, Igor Da Silva and Luan Da Silva met SCP’s long balls from the Goalkeeper expertly. The midfield and forwards refused to succumb to the hard tackling of SCP’s midfield and defense. Showing incredible courage, DT goalkeeper Bruno Kajiwara stayed in the match after several fouls by the South Central forwards, making several key saves to keep his team in the game. The deadlock was finally broken as our own Neymar picked up a loose ball inside the keeper’s area and drove his shot to the right side of the goal making it a 1-0 match. After some more hard tackling and it was Brandonn Bueno who would again be a game-changer. Lining up his free kick about 25 meters from goal, Brandonn fired a rocket into the upper 90 of the goal, beating a stretched keeper who was powerless to keep the ball out of the net. In the second half, after expertly dribbling around several players, central defender Igor DaSilva struck gold with a perfectly delivered effort to the left of the keeper. He immediately went to the sideline to dedicate this goal with his mom who was celebrating her birthday. Brandonn again influenced the scoring by challenging a ball that was picked up by the ever-alert Dylan Henao, who broke in on goal and calmly placed the ball into the net. Felipe Andrade’s penalty kick rounded out the scoring and the final held at 5-2.

DreamTeam FCA would like to thank Seacoast United for inviting us to such a prestigious tournament and the warm welcome and acceptance of our talented players over this holiday weekend.